New Project Vainiolla Ensemble album Suruvesi is out now - both digital and vinyl versions are available.

Project Vainiolla Ensemble’s debut album Suruvesi is an exploration of possibilities of laments and a prepared piano. The laments - also called poetry of eternal parting and final passing - are mixed with instruments, both acoustic and electronic, and improvised soundscapes that were recorded in the fields and forests.

QUADRIVIUM is an improvised concert by Kalle Vainio and Alexander Salvesen. 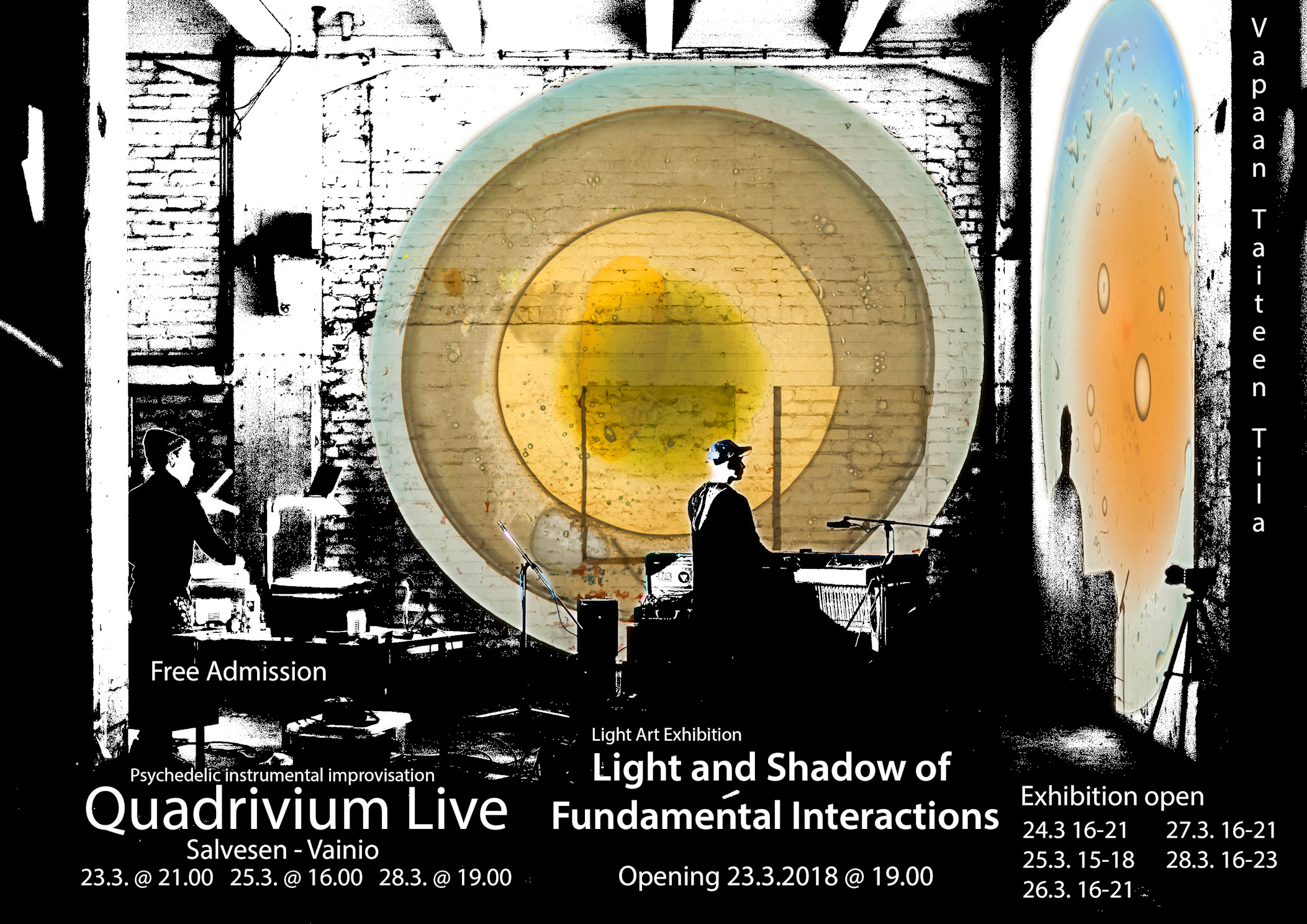 Nocturnal is out now:

I'm all over the place, SPLÄSH!

Weeping is a journey to old Finnish folk music and soundscapes. Music is created with
one prepared piano and two resonating grand pianos. There are also included a pre-recorded tape,
light design (red lights) and onions.

Music is created with a prepared grand piano. It's based on looping one bar of music over and over again. Sometimes it's a machine loop and sometimes it's played live. You might notice the difference or not. You can find the album in Spotify, Google Play or iTunes!

The audience is given a chance to hand out old items they don't use anymore. I prepare the piano during live concert and created new music. Exciting!

Project Vainiolla - Becoming was a part of the Flow Festival Helsinki program this year. It was SUPER awesome to play for all the beatiful people in the festival.

Here is a short video clip from the festival area.

PROJECT VAINIOLLA: ON THE ROAD

Special Project Vainiolla piano system was invented to carry easily the instrument around. This could be done only by one person, me!

I played several concerts during Summer 2016 and here is few magical videos we shot during On The Road Tour 2016.

Project Vainiolla thanks everyone who was participating in my Showcase at the Classical:NEXT 2016!

Visit Vimeo or Youtube to experience Project Vainiolla videos, or scroll down, down, down, be(low) !

I like to discover the limits of being a musician and an artis. The image of plastic bags all over the grand piano was really fascinating to me.

This video was the first time I played piano inside a bin bag. It was a breath taking experience and some other being was playing the piece.

I like to add something extra on the strings of the grand piano. In this piece I used bottle corks, blu-tack balls, sticky tape, guitar slide etc. Also I use an iPad application called Animoog to create floating atmosphere.

One of a Kind! Read more about  Animus !

You can find it on SPOTIFY, iTUNES or DEEZER! (or maybe somewhere over the rainbow)

Project Vainiolla - Mist (live)
Composition for a grand piano and iPad (samplr).This piece is based on improvisation and misty feelings.